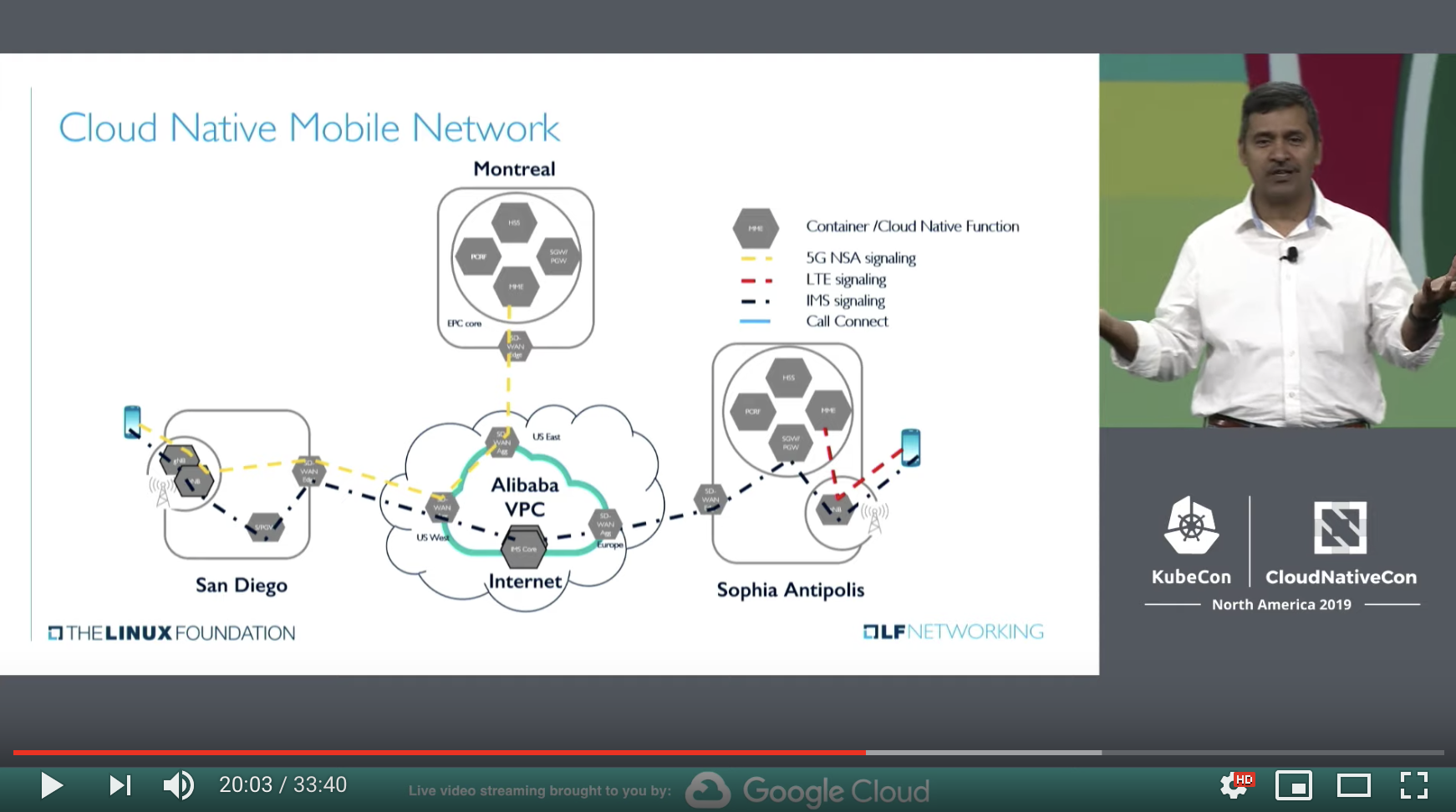 It’s no secret that Kubernetes has gained significant traction in the cloud and enterprise software ecosystem, but less widely known is how this momentum is now moving into global telco networks as the next major area of adoption. Building on the momentum from a live keynote demo In Amsterdam last fall, a team made up of volunteers from several project communities, 12+ companies, and 80+ volunteers, have taken a cloud native approach to developing an E2E 5G network demonstration built on open source infrastructure. The demo shows a live prototype running in labs around the world using k8s and other open source technologies to deliver a fully containerized 5G network on stage in San Diego. The demo showcases how the telecom industry is using cloud native software to build out their next gen networks and what’s possible in this exciting new space. Learn more about this initiative and how to get involved.